Quite a few things have changed since the original Java EE 8 proposal. This session will discuss what Java EE 8 will be about.

We will cover in details the new capabilities that are slated for inclusion in the Java EE platform, such as

Java EE 8 will be finalized in a few weeks so make sure to attend to this session to understand what is coming.

David Delabassée is a Software Evangelist working for Oracle; his focus is Server-side Java including Java EE (Java Enterprise Edition). Prior to Oracle, David spent a decade at Sun Microsystems focusing on Java end-to-end, i.e. from the smart card to the high end servers. In his various roles, David has been involved in numerous Java projects since the early days of this technology. David lives in Belgium. In his spare time, he enjoys playing video games with his daughter and tinkering with technologies such as Home Automation, 3D printers, electronics and pinballs. 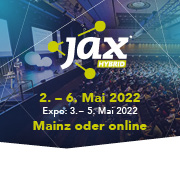